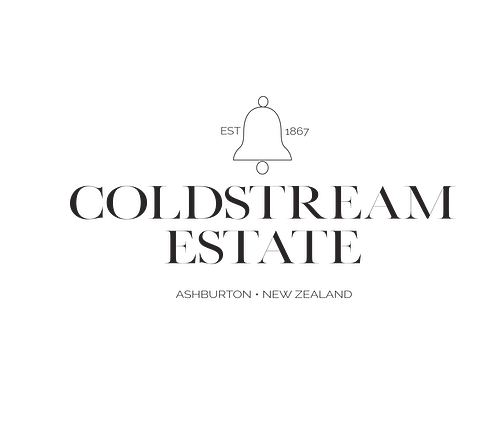 Coldstream Estate is situated in Mid Canterbury, on the East Coast of South Island of New Zealand, about one and a half hours south of Christchurch International Airport. Christchurch, often referred to as The Garden City, is the largest city in the South Island. It has a rich English heritage dating back to its settlement in 1840.

The Canterbury Plains are a rich agricultural region stretching from the Southern Alps to the Pacific Ocean. It is also a mecca for adrenalin and adventure enthusiasts with jet boating, hot air ballooning, horse racing, white water rafting, sky diving, four wheel drive tours, skiing and snowboarding. Mt Hutt is the closest ski field. The district also has a number of conservation areas.

Coldstream Estate borders the magnificent braided Rangitata River for five kilometres. With its headwaters high in the Southern Alps the Rangitata River is world renowned for its Chinook salmon fishing. It is also noted for its sea run Brown trout early in the season, and supports good stocks of Rainbow trout less often targeted by anglers. The season runs annually from November to April.

The Rangitata River Mouth itself, just two kilometres downstream from the farm, is one of the more famous salmon fishing areas in the South Island.

The Coldstream run was first taken up as a pastoral lease in 1854 by William Scott and Ernest Gray. It was made up of 55,000 acres of flat tussock land. The pair named it “Coldstream” after the Scottish border town and the cold springs that rise where they built their homestead. Scott and Grey developed it as a sheep and cattle run, building an 18 stand woolshed using Kahikitea (white pine) to an Australian design which remains to this day and is regarded as one of the oldest, if not the oldest, woolshed of its kind in the country.

John and Michael Studholme purchased Coldstream from Scott and Grey in 1867 for £35,000 with stock and plant. At the time, the Studholme brothers were developing land in the North and South Island, holding more than 990,000 acres at one stage making them one of the biggest landowners at the time in New Zealand. Coldstream was the smallest of the eight properties they owned. They drained 2000 acres of swamp and started a large cropping programme as well as running 26,000 sheep.

In 1875 Coldstream had 4000 acres in crop, running twenty six-horse teams with a permanent staff of 35 men. It had its own post office, store, church room, library, recreation centre and employed a butcher and a blacksmith. They also ran a coach service to Hinds (14km) with stables at both ends.

John’s son, Jack, took over farming Coldstream in 1890. Land was progressively sold off mainly to employees for closer settlement and in 1919 to returned serviceman from World War 1. A large homestead was built in 1900 shortly after Colonel Jack Studholme married Alexandra Thomson, daughter of the Archbishop of York. Colonel Studholme served with the New Zealand Expeditionary Forces at Gallipoli and then Europe; the last New Zealand soldier to leave Germany after the war.

His son Derek took over in 1926 on return from attending the Dartmouth Royal Naval College and Cambridge University and apart from six years away at World War II farmed Coldstream right up until his son, Joe, took over in 1967 after attending the Royal Agricultural college in Cirencester, England. During Joe's time a lot of subdivision of paddocks and shelter planting was undertaken along with border dyke irrigation. A new woolshed was built and he made a huge amount of progress with the Corriedale breeding programme.

Since 2004 Joe’s middle son, Alastair, has farmed at Coldstream with his wife, Annie, and two children Olivia and Will. Alastair gained a degree in Agricultural Commerce from Lincoln University. He is currently developing spray irrigation and integrating a larger cropping enterprise at Coldstream.